German shipbuilder Meyer Werft has announced that Norwegian Encore is due to leave  the covered building dock no.II on Saturday 17th August 2019 subject to weather conditions on the day.

Providing weather conditions on the day are good the operation will start around 8 a.m. Once Norwegian Encore has left the dock, it will berth at the shipyard’s out-fitting pier to be fitted with its funnel cladding. The ship will then remain in the shipyard port for further out-fitting work and on-board trials until its passage through the river Ems up to the North Sea, which is expected to take place end of September.

Norwegian Encore is the thirteenth ship built for NCL at Papenburg, and is the fourth and final ship in the Breakaway-Plus class which comprises of Norwegian Escape, Norwegian Joy and Norwegian Bliss.

Once delivered Encore will sail on a two night inaugural cruise from Bremerhaven to Southampton arriving on 2nd November. Later the same day same day she will head across the Atlantic for Miami with a stop at Ponta Degada in the Azores before arriving at her home port 13th November where she will offer week-long Caribbean cruises departing every Sunday.

An Encore to Norwegian Bliss !

In 2018 I was invited on board the inaugural cruise of the previous ship Norwegian Bliss as she sailed from Bremerhaven to Southampton.And I am so excited to reveal that once again I will be one of the first to step on board and sample what Norwegian Encore has to offer as I have been invited on the inaugural cruise at the end of October. I hope to bring you everything new and exciting she has to offer.

So to wet your appetite………

5 Things to Love About Norwegian Encore

The biggest race track at sea

Originally introduced on Norwegian Joy and improved on each of the following ships the racetrack on board Norwegian Encore will have a length of 1,150ft. The extended track will feature  10 turns including 4 that extend up to 13 feet over the side of the ship. There will also be a covered viewing area where fellow passengers can watch the race. In addition, the people watching can provide drivers with some extra speed using a laser system to tag go-karts with a temporary speed boost! 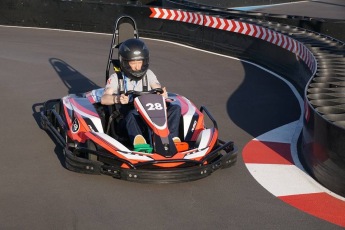 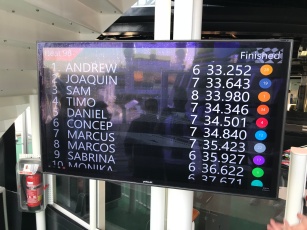 I was lucky enough to try out the go-karts on board Norwegian Bliss and they were such fun…. whats more I even won my race! so the enlarged track will be awesome!! 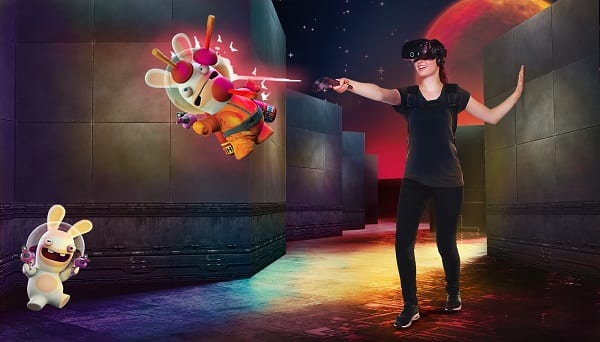 The Galaxy Pavilion on board Norwegian Encore is set to be one of the most interactive and technologically advanced spaces at sea. First debuted on Norwegian Joy, the pavilion is being re-envisioned by the cruise line. This 10,000 square foot family-friendly area will feature a variety of virtual reality experiences suitable for all and among the known attractions are a driving simulator, two dark ride simulators, and a virtual reality maze. With all of these new features, this indoor venue is sure to be very popular with cruisers of all ages.

One of the popular on board activities on Norwegian Bliss is the laser tag. On board Norwegian Encore, the cruise line has taken this concept and enhanced it with digital technology, based around the resurrected lost city of Atlantis. The enlarged outdoor arena will see augmented reality as part of each game. Players will wear virtual reality headsets, and while avoiding being targeted by opponents, cruisers will also have to be wary of “digital” obstacles which adds a new element and makes this game unlike anything else at sea and an epic battle for the whole family to enjoy.

Along with all these and more new features, Norwegian Encore will feature many of the popular venues and amenities found on earlier Breakaway-Plus ships. These include the  quarter-mile oceanfront promenade promenade where a number of bars and eateries can be found, the Observation Lounge on Deck 15 which was my favorite venue on board Norwegian Bliss. The “ship within a ship” Haven area, together with a variety of complimentary and specialty dining. plus a full-service Starbucks for those coffee lovers, although personally I prefer Costa Coffee!!

Winner of six Tony Awards, Kinky Boots is now exclusively on Norwegian Encore. Based on true events, This Broadway production will feature original music from Grammy winner Cyndi Lauper and will be a 90-minute show in the main theatre. Also featured will be the West End show choir of Man which debuted on Norwegian Escape.

Are you planning to cruise on board Norwegian Encore? What is your favorite new feature feel free to drop me a line and let me know.

Thank you for taking the time to read my blog